Since 2007, Brooks & Ames has served all North, South, and Central Coast Communities of Santa Barbara, San Luis Obispo, and Ventura Counties. We provide experienced and effective representation. Local attorneys, James C. Ames, Cristina Brooks-Montgomery and Sharon Martinez, are committed to providing you with top notch legal support, approaching every client with a focus on integrity, advocacy, and understanding.  Our legal team has a well-deserved reputation of excellence in providing smart, sensible, and cost-effective legal and business solutions for our clients.

We regularly practice and are familiar with the Courts in the counties of Santa Barbara and Luis Obispo, including the following cities: Santa Barbara, Santa Maria, Lompoc, San Luis Obispo, Grover Beach and Paso Robles.  Additional venues have included San Diego and Monterey County Courts.

We fight for your rights! 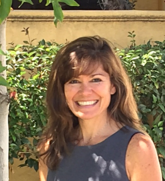 James C. Ames (“Chris”) is a general partner in the law firm Brooks & Ames, Attorneys at Law.  Mr. Ames is a native of California, born and raised in the San Diego County.  Shortly after graduating Carlsbad High School, he joined the Air Force where he served his country while raising his family and completing his undergraduate work in criminal law and sociology.

Mr. Ames has been a practicing attorney in the Central Coast since 2003.  He currently lives in Lompoc where he enjoys spending time with his family and friends.

During his legal studies at the Santa Barbara College of Law, Mr. Ames interned and was ultimately employed by the City Attorney’s Office, City of Lompoc.  There he assisted the City Attorney’s Office, representing the City in litigation, land use and business matters.  After completing law school, he was employed by Michael B. Clayton & Associates in Santa Maria, California, where he practiced personal injury litigation, criminal law and bankruptcy.

In 2005, Mr. Ames began working for Kirk & Simas in Santa Maria, California.  During his employment, he represented clients in real estate and business matters as well as civil litigation.  In 2006, Mr. Ames was named Chair of the litigation department.

Mr. Ames served two tours in the United States Air Force from 1990 until 1997 as an electro-mechanical technician on the Minuteman and Peacekeeper Intercontinental Ballistic Missile systems.  He was stationed at F.E. Warren Air Force Base, Wyoming and Vandenberg Air Force Base, California.  He was honorably discharged from active duty in 1997.

Mr. Ames holds a Juris Doctorate from Santa Barbara College of Law (2002) and Bachelor degrees in both criminal law and sociology from Chapman University, Orange, California (1997).

Ms. Brooks has returned to her roots and has been a practicing attorney on the Central Coast since 2003.  She currently lives in Lompoc with her husband and three children.

During her legal studies at Pepperdine University School of Law, Mrs. Brooks-Montgomery clerked with the Honorable Robert J. Schuit in the San Fernando Valley. From there she interned as a certified law clerk with the Los Angeles District Attorney’s Office with both their Juvenile and Justice System Integrity Units. After completing law school, she was employed by Kirk & Simas in Santa Maria, California, in the litigation department.  While employed, she represented clients in landlord/tenant and construction matters as well as general civil litigation.  In 2005 she began working with the firm’s family law department and by 2006 was named Chair of the Family Law department.

Mrs. Brooks-Montgomery holds a Juris Doctorate and Master degree from Pepperdine University School of Law (2003) and a Bachelor degree in Criminology (1999) from California State University, Fresno.

SHARON L. MARTINEZ is a general partner in the law firm Brooks & Ames, Attorneys at Law.  She is a native of California, born and raised in Southern California.

Ms. Martinez holds a Juris Doctorate from Santa Barbara College of Law (1998) and Bachelor degree in Investment Finance from the University of Southern California (1989).

Board of Directors for the Lompoc Valley Medical Center (2018 +)
Member, Lompoc Chamber of Commerce (2008 +)

Areas of practice include Family Law and Business Litigation. 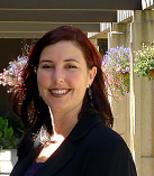 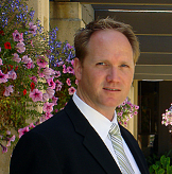